Every Episode of Marvel’s What If…? on Disney+, Ranked

What if the Avengers had never formed? What if Tony Stark had become Iron Man without Bruce Banner’s help? What if Thor was a woman? These are just some of the questions that Marvel has explored with their What If? series, which began in 1976. The series has seen many incarnations over the years, but Disney+ is set to release its first original show, which will explore these and other questions.

The Marvel’s What If…? on Disney+ is a new show that has been released on the internet. It is an animated series, and it is ranked in order from best to worst.

Marvel’s What If…? has provided a fascinating look at how the MCU chronology might have branched out in various ways, much like the comic book run that inspired the program. Creating a series like this may make the universe seem more alive by providing an introspective look at some of the protagonists and showing how the MCU’s events have impacted their personalities. As well as giving the series some much-needed time to flesh out characters who have so far been confined to supporting parts but may potentially play a major role in the future.

For the most part, Marvel struck the perfect balance and provided several intriguing alternatives that fans may almost bemoan the fact that they aren’t official. What If…? did play it a bit too safe at times, sticking too close to the source material of their own films. Especially because the concept basically let the writers to do anything they wanted with these famous characters. So, with that in mind, here’s a list of all the first-season episodes, sorted from worst to greatest. There will be spoilers ahead.

WHAT WOULD HAPPEN IF…? Season 2 expands on Marvel Phase 4, including new worlds and heroes.

9What if Thor was the only child in the family?

It’s not always simple to pick out anything as the worst, but it was in this instance, since this was by far the poorest and most perplexing storyline of the whole nine-episode season. The plot is basically a cross between Ferris Bueller’s Day Off and a typical adolescent comedy frolic, with a spoiled Thor trying to have a ‘wild rager’ and then conceal it from his mother. We’re not sure why the authors thought this was a must-see tale out of all the potential multiverse variations.

In a manner that is out of character for the rest of the series, the episode is also strangely cartoony. Even a potentially dramatic showdown between Thor and Captain Marvel is presented for jokes rather than action, putting any chance of redemption in jeopardy. The way this version of Thor is crammed into the broader story is maybe the most perplexing aspect. Any other surviving form of Thor, or Captain Marvel for that matter, would have been a superior choice for the Guardians of the Multiverse, particularly with the fate of the universe at stake.

8What If Captain Carter Had Been the First Avenger?

Unfortunately, the series’ first episode was one of the weakest, due to the aforementioned problem of being too faithful to the film that inspired it. During an effort to steal a bottle of the serum, Heinz Kruger shoots Steve Rodgers, saving him from being transformed into a super-soldier. Agent Peggy Carter jumps in to take the serum when time is of the essence, transforming into the first super-soldier against her superior officer John Flynn’s desires.

Captain Carter defies Flynn to join the fight in an attempt to empower her, but the scene is just as cliched and nonsensical as it was the first time around in Captain America: The First Avenger to explain away his outfit. This sets the tone for the rest of the episode, which follows a similar storyline with a few small changes thrown in for good measure. In the end, it’s a strange Wonder Woman clone that falls between between a rehash and a rehash. Although it was good to see Peggy reclaim the spotlight when Agent Carter was abruptly cancelled, it was also nice to see Peggy reclaim the spotlight.

7What If… The World’s Mightiest Heroes Were to Perish?

A intriguing concept, but a storyline that seemed like a rehash of material we’d previously seen, with the added twist of the Avengers dying. The real attacker is revealed to be Hank Pym in microscopic form, and Black Widow is first blamed for the killings.

It’s an unsatisfactory conclusion, and some of the underwhelming deaths of Earth’s greatest heroes, most notably Thor and Hulk, seem half-baked at best. You might argue that the Avengers haven’t fully grown into the heroes we know them to be, but we’ve seen them face much worse in the Marvel Cinematic Universe. The conclusion is similarly dismal, with Loki still appearing and enslaving the Earth with no attempt made to pay this off, apart from a few destined to be unfulfilled teasers.

6What If T’Challa Turned Into a Star-Lord?

A far better example of retelling a familiar tale with a new protagonist than the last. T’Challa becoming Star-Lord instead of Peter Quill has ramifications across the Marvel Cinematic Universe, allowing for new perspectives on a number of existing MCU characters as well as a narrative that feels more unique. T’Challa’s greater nobility and sense of duty help to steer the world in a more favorable path.

T’Challa’s quest for his homeworld in the second act was modest but less thrilling than the first, which damaged the film a bit. The episode deserved a longer length to do credit to the more emotionally charged storyline, but it was still a solid performance.

5What if, instead of losing his hands, Doctor Strange lost his heart?

Steven Strange has established a life in this world with his seductive girlfriend Christine. The two are in a vehicle accident one night, and Christine dies, putting Strange into a sorrow spiral. Strange returns to Kamar Taj in search of the Eye of Agamotto, but this time he intends to use it to resurrect Christine.

What ensues is a horrific Groundhog Day, with Christine dying again and over again, despite Strange’s best efforts. Strange’s activities put him at conflict with the Ancient One, as he goes into the Dark Dimension to gain power, shattering his world and bringing him face to face with The Watcher. The Watcher acted as more than a framing device and the first indication towards a broader storyline for the first time in the series. This was both upsetting and fascinating, and it set the tone for what was to follow.

4What If There Were Zombies?

Many fans would have been looking forward to the series’ first episode, which paid tribute to the cult favorite comic run Marvel Zombies. The decision to make it more of a zombie film with an emphasis on the survivors rather than a straight-up superhero film was completely correct. This was the best the MCU has showed of Evangeline Lilly’s Hope Van Dyne, who is at the center of this episode as she bears the weight of the zombie epidemic.

With the Antman series remaining very much a part of the future plans, perhaps she’ll have her time to shine in phase 4. The misery and anguish are great throughout, but the episode does fall into a few clichés, and more of the distinctively super-powered zombie variations would have been good to see to set it apart from conventional literature. Again, run time had to be considered, but many fans were left hopeful that this world will be revisited in some form, so it was a resounding success.

3What If The Watcher Betrayed His Promise?

The series finale was exciting, but it fell short of the finest the series has to offer. The Watcher gathers a motley band of heroes as one final chance for survival, called the Guardians of the Multiverse, now that Ultron has evolved to a multiverse level danger. Where earlier episodes failed to deliver on the climax, this episode is mostly filled with heart-pounding action.

It’s a great way to wrap off the story by tying the worlds together and giving The Watcher a bit more personality. The episode effectively mimics The Avengers formula to really make the series seem epic, showcasing each of the newly formed heroes at their best.

2What if Killmonger came to Tony Stark’s rescue?

This was tale retelling mastered, if the Doctor Strange and T’Challa-centric episodes were any indication. Killmonger is already one of the most realistic and well-crafted villains in the Marvel Cinematic Universe, and he’s much better here. Granted, he carries what is generally a mediocre plot, but the villain is both intelligent and convincing.

Killmonger first appears in the Marvel Cinematic Universe to rescue Tony Stark in Afghanistan, preventing him from becoming Iron Man. Tony remains a self-centered weapons trader, with Killmonger serving as his right-hand man. Killmonger, using allies, murders Stark, T’Challa, and Rhodes before ascending to become the next Black Panther. The villain’s activities have a major effect on well-known MCU characters and the world around him, making him feel important. It seemed like a completely other world, which previous episodes had missed out on.

1What if Ultron triumphed?

The penultimate episode set the bar a bit too high for the sequel to live up to. Even though the climactic fight was epic, seeing Ultron take down the remains of his world and transform into the universe-level danger he became made for a more compelling overall narrative. Despite the massive consequences of Ultron murdering the Avengers, the narrative was pared down to a more personal, human, and tragic level.

Natasha and Clint’s battle to stay alive in the universe went far further than the MCU is usually willing to go. At dialing down a lot of the MCU’s characteristic comedy that sometimes falls out of place, the nihilism lingered uncomfortably, especially in Clint, who had lost all sight of anything worth fighting by this point. The episode integrated the finest concepts from the bigger series into one packed hour, underpinning the dramatic implications of Ultron collecting the Infinity Stones, destroying the universe, and setting up the conclusion.

Marvel’s What If…? is a series of comic books that explore the possibilities of what would happen if certain events in Marvel history happened differently. The first issue was released on June 20, 2009 and has been published continuously since then. Reference: what if marvel release date. 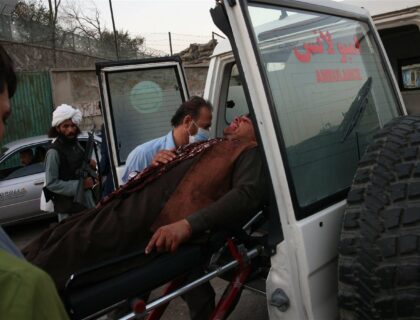 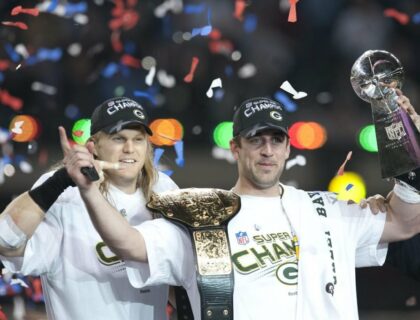